Naran kaghan is the best tourism spot of Northern Areas for people of Punjab and  other Provinces like KPK, Sindh and Balochistan after Murree. Tour to Naran is dream of every individual living in and out of Pakistan.  Its almost Eight to Nine hours drive from Islamabad to Naran  but because of the mesmerizing View of Mountain covered with snowfall in Naran village area makes people so motivated for this much drive. They feel that before any getting satisfaction you need to go through some discomfort and that is worth it for this Masmerising view they get after reaching Naran kaghan and to further points like Lalazar, Lulusar lake and Babusar Top. Which is 2 hours drive from Naran bazar. During Holidays Tour to Naran 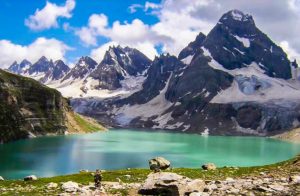 One can go on any vehicle but Jeeps would be a better option for Enjoying beautiful weather and Fresh Air coming from Mountains. Naran Tour can be done in 2 days if someone has less vacations but it cannot be explored properly in 2 days. A 4-5 Days tour would be best for visiting Spots near  Naran kaghan. Although People who want to visit Naran kaghan has 3.5 to 4 months season in every year because in other months this place is covered with snow so you can visit this place from June to almost mid of September. This place was always open 3 years back, but newly elected KPK Government started to close this place for the safety of tourists so that they can know when it is safe to visit this beautiful place Naran kaghan, So they issue notice on Opening and Closing of this place officially. People who wants to visit this place has many other options of Northern Areas to spend and enjoy their Vacations but they prefer to visit Naran kaghan and Saifulmalook because it is the most famous place among people of Pakistan and it is easy to access as well. 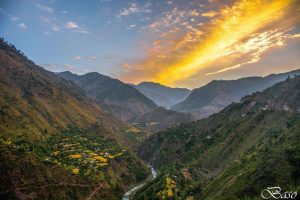 An Evening Bird Eyeview of Naran

Pakistan is among the most cheap tourist spots of World but International media has made it almost impossible for their people to even think of visiting Pakistan because they have pot-raid Pakistan as a destabilized state but facts are opposite because Pakistan is becoming worlds fast growing economy in next 10 years. Pakistan has four weathers, one area has different weather in same month and the other would have different weather so you can visit or stay at different places in one month as you like. I recommend Foreign people who travel to different countries and planning to travel in coming years, never ever leave Pakistan from your list, in fact place it at 1st priority.

Aaqib Javed
2019-09-24T13:20:14+0000
Awesome experience , every thing was exactly as explained , we had an emergency and they cooperated and made arrangements accordingly and quickly , had to cancel hotel booking in shogran they charge no thing extra , hotels and vehicle was excellent recommendedread more

Khashay Ali Khan
2019-09-04T13:50:25+0000
What an awesome trip! It helps that Pakistan is probably the most beautiful place on the planet, but more importantly, our travel agency (Pakistan trips and tours) arranged our access to the country’s wonders so seamlessly. The day trips we had were the perfect combination of fun, educational, and relaxing. We felt we had the perfect amount of time in each place and did the right activities for our taste. Upon our arrival in each location, we were greeted by travel company guides or representatives. We never had to stress out about transportation or late arrivals. We travel for 5 days in northern areas. We stayed at quaint but clean and well equipped hotels at every one of our stops. The food was also delicious. After this experience, I will be recommending a trip to hill station to everyone I know with an interest in travel, and will suggest they use this company to plan their trip. Can't say enough good things about it!read more

Wafa Khan
2019-04-20T16:26:05+0000
just got back from an amazing tour to swat and malam jabba...Your servies were amazing and drivers were very professional ..There were many difficult roads but we felt very safe with your drivers.. .I have lots of experience with many tour companies but your's is my favourite so far...keep up the good work 😊😊read more

Sundas Perveen
2019-04-10T03:32:30+0000
Aoa. We are pleased to tell you that we have enjoyed our trip to neelum valley. It was the first experience with the family but thanks for Mr. Asad, who managed the trip beautifully. I recommend Mr. Usman as driver because he drove the car very carefully.read more